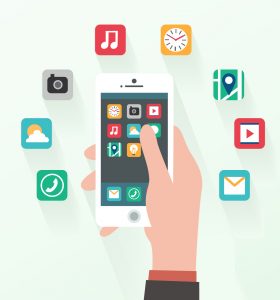 The rapid growth in communication technology has led to many parents playing catch up. Unfortunately, as with most technological advances, the advent of mobile phones, amongst other things, has led to the almost elimination of home phones and pay phones as the primary means of communication. In an almost domino like fashion, beginning with the popular use of mobile phones, this shift has placed more mobile phones in the hands of children, who prior to the decline of home phones and pay phones, did not, typically, need their own independent means of communication. When purchasing a phone for your child, you will find that even the most basic mobile phone models have advanced capabilities. Beyond calling, phones are now equipped with means to communicate silently through text messaging, video chat, photo transmitting, and an ability to upgrade your phone capabilities through the downloading of various applications. The shifting times has essentially made it the norm for parents to choose to place private super computers in the hands of children, for their unlimited use and enjoyment.

Concerns should arise with the privacy in communication afforded to children through the ownership of a mobile phone. Parents should remain aware of whom the child is speaking with and the nature of those communications. In an effort to change with the times, the Florida Statutes attempt to limit the communication of minors by placing consequence on children who engage in the act of sexting. Florida Statute 847.0141 provides that a minor commits the offense of sexting if they knowingly use a device to transmit data or images to another minor containing any photograph or video of any person which depicts nudity and is harmful to minors; or they possess a photo or video that was transmitted to them which depicts nudity, and is harmful to minors. The sexting statute must be read in conjunction with other statutes to understand the application of the statute specifically related to defining nudity and harm to children.

While children may believe that transmitting certain images is harmless, funny, or acceptable based on society’s standards, these images could land them in trouble with the law. Statutorily for a first time offense the minor is ordered to pay a fine or eight (8) hours of community service and/or enroll in a training program. Minors who are found to have committed more egregious conduct, such as, transmitting images containing sexual conduct or sexual excitement, violating this statue multiple times, or do not comply with the court ordered penalties could face stricter penalties for their behavior.

It is of the utmost importance that children’s technology use is monitored and limited. While busy schedules, evolving technology, and sneaky behavior can prevent a parent from knowing this behavior is occurring. It is essential that parents inform their children that their age or ignorance of the law is not enough to keep them from being reprimanded by the judicial system for behavior that they may deem as harmless. If your child engaging in sexting or has been cited for violating the Florida Sexting Statutes, it would be beneficial for you to schedule a meeting with a Wood, Atter & Wolf, P.A. attorney to discuss the situation and your options for moving forward.