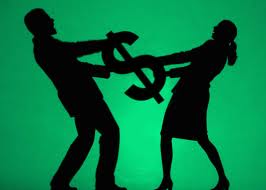 In Florida you may be required to pay child support even if you are unemployed. You might ask, “how do they calculate my income for child support guidelines if I do not have an income?” The answer is that income may be imputed or attributed to you in certain circumstances. For instance, if you became unemployed voluntarily, the court may impute income to you at the level you were last earning. That means if you quit your job, decided to change fields and became unemployed as a result, or moved to a different market where you can’t find a job, the court may attribute income to you at the level you were earning or are currently capable of earning.

In order for the court to impute income, there must be competent substantial evidence supporting the imputation. Quinones v. Quinones, 870 So 2d 108 (Fla 2d DCA 2003) The imputation of income must be supported by specific findings of fact indicating the amount and the source of the income. Burkhardt v. Bass, 711 So 2d 158 (Fla 4th DCA 1998) The court may also find that a person is underemployed if they have taken a job that is below their skill set with no reasonable explanation. Lascaibar v. Lascaibar, 658 So 2d 170 (Fla 3d DCA 1995)

The burden of proof in a proceeding that calls this issue into question is on the spouse claiming that the other spouse is voluntarily unemployed or underemployed. If the unemployment is not voluntary and you do not have the ability to pay child support, the court will not require you to pay. However, there are few instances where a party has absolutely no source of income and does not have the ability to work.

The laws on Florida Child Support are complicated and require careful interpretation. Handling matters of child support without an attorney can have detrimental log term effects for the pro se litigant. If you need these laws explained to you or have a child support issue, call a Florida family law attorney.