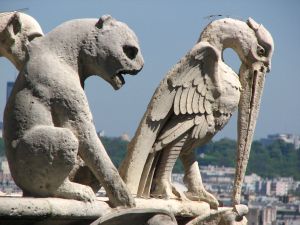 Affairs during the marriage matter in a Florida divorce, another common myth tackled by a Jacksonville divorce lawyer. Yesterday, the counseling myth in divorces was discussed. Today, the myth that the affair will bring justice to the innocent spouse will be tackled. This week we will be focusing on the following myths and discuss the truth behind the myths:

1. Is counseling needed before you can get divorced.
2. It matters if I or my spouse had an affair.
3. Alimony is involved in every case.

Florida is a no-fault divorce state, which means that the reason for your divorce is not going to make or break any factor in your divorce. If you or your spouse has cheated during the marriage it is typically only an issue of emotions involved, not an actual legal factor in the divorce proceeding. This is due to the legislation enacting a “no fault” divorce law. The only time the issue of Why” will be brought to the court’s attention is when you are asked, “Explain to the court why you are asking this court for a divorce?” and all you must answer is “irreconsilable differences.”

On a Florida divorce there is a division of assets and debts which are supposed to be equitably divided (50/50). However, if it can be proven that a party used marital funds in furtherance of an extramarital relationship, then the division can be in favor of the innocent party (40/60) or more. In order to get this, it must be shown what types of funds were used and they were actually used to further the affair. In some cases, if a number can be determined, then the innocent party can ask for equitable distribution of the total of the amount used in that relationship. An example would be if it can be proven that $100 was used on the affair, then the innocent spouse would be entitled to $50 of those moneys used, even if they have already been taken from the marital account.