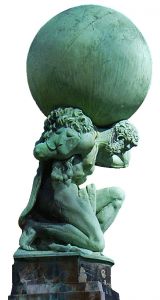 Florida divorces do not mean alimony payments. Myths can be cruel to the outside world that is interested in pursuing a divorce. In Florida, there is no such thing as alimony being a certain. Myths such as the following list are created as scare tactics and used to create fear, fear would be having to pay alimony no matter what, fear would also be that you are not entitled to alimony, which is also dependent on Florida divorce law.

1. Is counseling needed before you can get divorced.
2. It matters if I or my spouse had an affair.
3. Alimony is involved in every case.

Today’s topic of alimony is one that can be multiple sets of blogs, and in fact are on this site in a multitude of areas. It is a large topic because in Florida alimony is controlled by many factors: length of the marriage, contribution to the marriage, status quo of the marriage, education of the parties, and many other small details. Also, there is are different forms of alimony: permanent, lump sum, rehabilitative and bridge the gap.

If you and your spouse have two incomes, equal education and the ability to earn relatively the same income, chances are you will not be receiving nor paying alimony.

If you have been married for 17 years and one spouse has been a homemaker, given up his/her education for the benefit of the other, provided the household support instead of the income, then permanent alimony will most likely be rewarded. Permanent alimony is designed to help keep the spouses in the same lifestyle to which they have grown accustomed, but factors in the sacrifices of both parties. It is difficult to expect a spouse to enter the workforce after 17 plus years of supporting the family or other spouse by being the homemaker. The one sacrificing to stay home should not be punished for the marriage breaking.

If you have been married for less than two years, most likely your divorce will not have an alimony component. Length of the marriage holds a great weight in determining alimony. A short-term marriage, which is technically defined as anything under 10 years, does not often hold alimony. The only form that may come into play in a two year marriage is “bridge-the-gap”, which is designed to help a spouse move from married to single life. This is for a set time period, often 6 months to a year.

If you have been married for 10 years, one spouse gave up entry into medical school to support the other’s education and now the educated spouse is working and the sacrificing one has been earning lower income or taking care of the home, most likely rehabilitative alimony will be an issue. Rehabilitative alimony is designed to assist in educating or training a spouse so that he/she can reenter the workforce and have a chance to be self supporting.

There are obviously different scenarios for all couples and this is not a blueprint for everything related to alimony. However, it is a basic outline for what to expect in different categories of marriage. If you are thinking about a divorce know the facts not just the myths. It is always a good idea to speak with an attorney trained in family law matters so that you go into the situation armed with knowledge not fear.