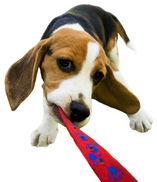 In today’s society, pets are often considered members of the family, almost like children – and like children of divorce, they are increasingly becoming involved in custody disputes.

Currently, under the law, pets are considered property. However, the California-based Animal Legal Defense Fund wants to change that. On its Animal Bill of Rights petition to the U.S. Congress, it promotes the need for federal legislation to protect animal rights, including in court:

Petition to the United States Congress

I, the undersigned American citizen, believe that animals, like all sentient beings, are entitled to basic legal rights in our society. Deprived of legal protection, animals are defenseless against exploitation and abuse by humans. As no such rights now exist, I urge you to pass legislation in support of the following basic rights for animals:

The Right of animals to be free from exploitation, cruelty, neglect, and abuse.

The Right of laboratory animals not to be used in cruel or unnecessary experiments.

The Right of farm animals to an environment that satisfies their basic physical and psychological needs.

The Right of companion animals to a healthy diet, protective shelter, and adequate medical care.

The Right of wildlife to a natural habitat, ecologically sufficient to a normal existence and self-sustaining species population.

The Right of animals to have their interests represented in court and safeguarded by the law of the land.

Even though pets are still classified legally as property in Florida, many courts are beginning to find that pets should be treated differently than other marital property and rulings on custody should be based on what is best for the animal.