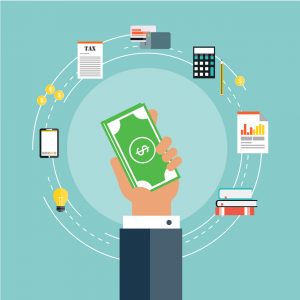 When couples divorce in the State of Florida, one consideration is will there be alimony and if so, how much for how long? Alimony comes in different shapes and sizes, but one aspect has consistent: the spouse that pays the alimony is allowed to reduce his or her payments from the gross income in the IRS Income Tax filings, and the receiving spouse needs to include these payments in his or her gross income.  This may soon, however, become a thing of the past. Tax reform is one of the biggest issues in Washington D.C., which will have an impact on every person in the United States.  There are many aspects in the proposed 2017 tax reform, but one that seems to less talked about is the plan to change how alimony is treated. Instead of the paying spouse being able to deduct alimony payments from gross income, the proposed reform will no longer recognize that deduction. Further, the receiving spouse will no longer have to claim the alimony as part of his or her income.

Since tax reduction has been one way to make alimony more palatable to the paying spouse, this change will have significant impact on the likelihood of couples reaching mediated agreements or settlements in a Florida divorce case.  One reason given for the proposed change is that while most paying spouses claim their alimony deduction, many receiving spouses do not include alimony in their taxable income.   This possible change, however could have considerable effects on how divorce will evolve, as family law attorneys and judges will need to consider the tax implications far more closely when determining if alimony is not only appropriate, but also what the likely ramifications will be to the payor spouse.

Alimony is  one of those issues that continues to be an area of contention, battle, and court fight between divorcing spouses. While it is reasonable that the spouse who stayed home to raise the children, should have some financial support, the legislature and courts in Florida have already started to chip away that at the presumption that financial support from a divorced spouse should last for decades or the rest of a spouse’s life. The burden to overcome not only the need for alimony, but now the ability of a paying spouse will become far more difficult to show in court if this proposal ultimately becomes law.