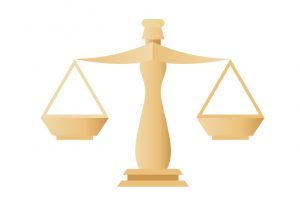 Domestic Violence is a very serious topic. In fact, many victims of “domestic violence” dislike even using the term, because the reality is that if it were always violent, it would be much easier to detect. The truth is that domestic violence happens in everyday, in every city in the State of Florida and other States. Victims can be male, female, or transgendered. Victims range in age from infants to elderly. So, why is it so difficult to identify whether domestic violence is happening in your home?

Section 741.28, Florida Statutes, aims to solve that problem with a clearly defined law of what domestic violence is: “any assault, aggravated assault, battery, aggravated battery, sexual assault, sexual battery, stalking, aggravated stalking, kidnapping, false imprisonment, or any criminal offense resulting in physical injury or death of one family or household member by another family or household member.” But the reaches of domestic violence go much further than that. The Florida Association of Domestic Violence identifies that domestic violence is rather a series of threatening and controlling behavior, where one member of a household, or former household, seeks to establish power over or intimidate another. These behaviors are disrespectful, abusive, and harmful. It is the role of an experienced Florida Family Law Attorney that can help you to prepare a Petition for Injunction Against Domestic Violence to protect you and your loved ones from someone trying to threaten your safety.

When you file for a Petition for Injunction Against Domestic Violence, you are asking the court for protection on temporary basis. This may include: removing the abuser from the house, keeping a distance from you and other household members, setting up temporary financial support, and establishing a temporary timesharing agreement for your children. These temporary fixes are limited to no longer than 14 days under Florida Law. After the two weeks, you will have to appear before a Judge, who will decide if you should have longer protection based on how serious and dangerous the situation is and what has happened in the meanwhile. During this time, counseling may be ordered for the abuser, or the victim, which can help to make the situation better. Therapy for the victim can also help to establish a support system for their healing.