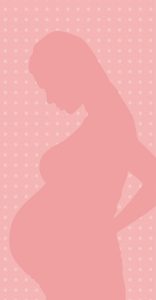 Picture this…you and your girlfriend recently found out that you are having a baby. Not only that, you also find out that your girlfriend is not technically divorced from her husband. Does that cause problems for you as a unmarried father? In Florida, the answer is clearly “YES.” In Florida, the paternity law is clear that when a woman is married and pregnant, even if she has filed for divorce but the judge hasn’t signed off on the divorce, her husband is presumed to be the father of the child, also known as the “legal father.” Where does that leave a biological father as to his rights for paternity and parenting a child?

As an unmarried biological father, you must take action by either filing for establishment of paternity or answering any action to establish paternity. The responsibility is now shifted to you to demonstrate that you are the actual father under the law, through DNA testing, for you to establish your rights to your child.   This can be accomplished by filing a Florida Petition for Establishing Paternity, where you would have to start a lawsuit against the mother of child, not only asking to establish paternity, but also timesharing and child support for the child.

Another avenue to explore is to make sure that your current girlfriend includes the child in her divorce, informs her husband of the new baby, and have them agree that he is not the biological father of the child. This can be done in a variety of ways, such as an Affidavit of Non Paternity. Then, when they get divorced, the final decree will explain that while the mother is pregnant or has had a child during the marriage, the husband is not the father of the child. This will excuse the presumed, legal father from any responsibility or rights to the child, but it does little to establish your rights as the parent of the child.