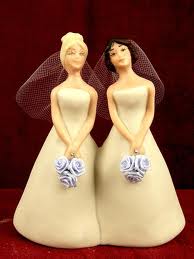 The shift in the opinion is not that the overall outcome is different, but that the law established through the opinion gives a higher scrutiny to the issue than was done by the First Circuit Court of Appeals. The first ruling was based on a lesser evaluation of the constitution, which is the “rational basis” test. This basically is like an overseeing of the law for purposes of changing legislation in the future. The question is whether there is a rational basis for the law that has been passed. In many cases, the legislation will change to provide the rational basis rather than simply changing law because the first did not meet the standard. Therefore, the overall decision is one that can be beaten with proper wording changes down the line.

However, the decision and opinion that was issued by the Second Circuit Court of Appeals went even further in addressing the unconstitutionality of DOMA. The Court ultimately decided that the proper test for deciding the constitutional standing of DOMA is actually “intermediate scrutiny.” This goes further than prior court because the issue is no longer whether there is a “rational basis,” but whether the reason for the law is “exceedingly persuasive.” There is a test that can be applied to the determination of the constitutionality of something that is prohibited, such as gay marriage, and in this case, the Second Circuit Court of Appeals applied that test. When considering the factor to meet “intermediate scrutiny,” the Court may look at a number of factors, including the following: 1) whether the class (i.e. homosexuals) has been historically subjected to discrimination; 2) whether the class has a characteristic that bears a relation to its ability to perform or contribute to society; 3) whether the class exhibits obvious, undeniable or distinguishing characteristics that define them as a separate group; and 4) whether the class is a minority or politically powerless. In applying this test, the Court must look at the circumstances and facts presented, as it did DOMA and see how the class actually measures up to the test. The same type of test was previously applied to Civil Rights issues, such as women ‘s rights.

What this new ruling marks is a change in the legal perception of what may have to be considered by the U.S. Supreme Court. With two appellate opinions sitting in the wings, the issue of weather gay marriage bans are actually constitutional is most likely going to be addressed by the Supreme Court sooner rather than later. As it stands now, certain states, such as New York and Vermont allow the practice of gay marriage, but the states do not have to recognize the union if the couple moves. For example, if you marry in Vermont and move to Florida as a heterosexual couple, then you are afforded all rights of being married. However, if you are a homosexual couple that is married in Vermont and then move to Florida, then you are not afforded the same rights because Florida does not recognize the marriage. Therefore, property rights are not protected in Florida for the couple and if the couple were to need to divorce, then they have to return to Vermont to file, which has a one-year residency requirement.

The issue of DOMA is not fleeting, but the precedent has been set with more strength than previously on the books. If you have any questions or concerns regarding your rights and option in Florida, then you should speak with an experienced attorney.