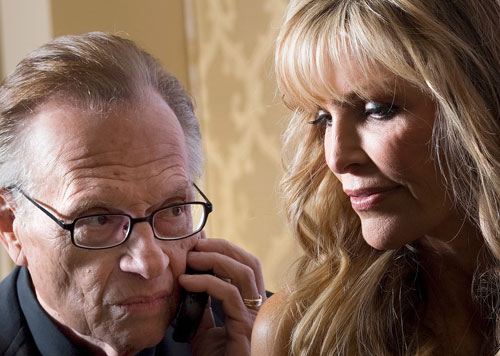 A petition for divorce is one that lays out the reasons for the divorce, which are often summarized as “irreconcilable differences.” The petition is also where one addresses their needs from the outcome of the divorce: alimony, child support, division of property. In order for both parties to have their needs heard by the Court, often, the party originally served with the petition will file a counter-petition, which lays out their needs and wants. That is how the Larry King divorce has two filings in one case.

In their upcoming battle, the Court and the parties will have to determine the basis for all of the requests made in both of their petitions. Simply by asking for the sun, moon and stars does not equal delivery of the same. Shawn Southwick will be required to show evidence as to why Larry King does not deserve equal timesharing with their children. She will also have to show why she is entitled to alimony and whether that should be offset by the alimony she is requesting. Typically, alimony is considered an income and child support is based on the incomes of the parties.
As this plays out, the Larry and Shawn have a number of things to work out and hopefully the children will not be the losers behind this eighth inning.