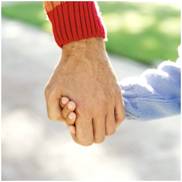 Three Connecticut children ages 10-13 think children should have a bigger voice in child custody disputes, and are circulating a petition to allow children over the age of 12 to forego the assignment of a guardian ad litem and speak to a judge directly about what they want when it comes to child custody issues.

Trianna Gutzman, 13, her sister Marika, 12 and brother Cyril, 10, are the children of divorced parents who share joint custody. Trianna said she was inspired to circulate the petition after seeing the movie “Gandhi.”

“He said, ‘Be the change you want to see in the world’ and that gave me the inspiration to make the change,” said Trianna.

Like most states, Connecticut appoints an attorney to serve as a guardian ad litem for minor children. The guardian ad litem’s duties are to advocate for the best interests of the children, but the Gutzman children say they think they could make their own cases with a judge just fine.

“It’s not like we speak a different language,” Marika said. “I would go to see a judge myself and tell the judge what I want. I know what’s best for me. I’m sure if a judge talked to me, I would get what I want.”