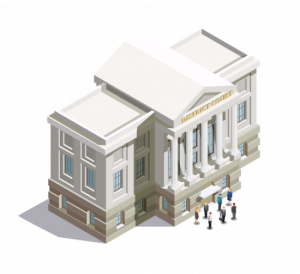 In the State of Florida and other states,  domestic violence injunctions can negatively impact your life in several different ways, including the inability to carry or have firearms, exclusion from consideration for jobs (or fired from jobs you may already have), and negatively impacting your timesharing with your children.

The injunction process begins by filing for a Petition for Temporary Injunction, which remains in place for 15 days until a hearing is held, where both parties are given the opportunity to be present. The Temporary Injunction can require the Respondent to have no contact with the Petitioner and to stay away from specific locations in which the Petitioner frequents including the shared home.  The contact includes direct contact like via phone, text, email, or other means, including through third parties, like friends or family.  A temporary injunction can also create a temporary parenting plan for the parties’ children.  Further, it can also establish child support for the care of the minor children during the timesharing.  Rights as far as a shared residence, and other considerations may be customized based on the needs of the case.  At the hearing, the judge will hold a hearing, where evidence, such as text messages, photos, testimony of the witnesses and parties, will be considered in weighing whether the court will order that a final injunction will be in place regarding the parties, the children, and the property at issue.

As part of an Injunction for Domestic Violence, the Court will also limit the Respondent to possessing firearms and ammunition.  Further, the Court may also order an anger management class, substance abuse evaluation, mental health evaluation, or any other tool that the court may feel is in the best interest of maintaining the safety of the parties.  The required tasks that are ordered are then monitored by the court to make sure that the ordered party has complied.  In some cases, parents may have supervised visits with their children, if the court feels that there is a risk of harm to the children.  In those cases, visitation can occur at a visitation center or with a mutually approved supervisor.  In cases where a supervision center is used, the visitation between you and your children will be observed by an unbiased adult who records notes and interactions that may be used later in court.   Further, in some cases, where children have been in the home during an incident of domestic violence, the Department of Children and Families may also become involved in your case to not only put a safety plan in place, but also offer services to the victim and the children.

Like a Final Judgment of Injunction for Protection Against Domestic Violence is issued, a temporary order is a court order that, if violated, can cause further issues from the enjoined party.  If there is a violation of the injunction, the State Attorney’s Office can prosecute this as a crime under Florida Law, and seek a sentence including jail.  A violation of a domestic violence injunction is a first degree misdemeanor.  Further, indications of violations can also weigh heavily on the court determining if an injunction should be maintained, extended, or modified.  Domestic violence is a serious issue that affects the entire family when it occurs.  In order to keep your family safe and your rights intact, having an experienced attorney who understands the law of domestic violence will help to make sure that your priorities are met.

Wood, Atter & Wolf, P.A. is a law firm based in Jacksonville, Florida.  Since 1957, the law firm has represented clients in the areas of family law and other practice areas.