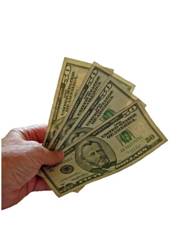 William Drayton Jr. is best known by his stage name, Flavor Flav. Recently, the 1980’s rap star from the group Public Enemy has made a big comeback by appearing on such reality TV shows as The Surreal Life, Strange Love, and Flavor of Love. But according to the Albany, New York Child Support Collection Division, Drayton owes back child support payments to Mary Parker, the mother of three of Drayton’s children.

Drayton plans to contest the charges, claiming that he has regularly paid Ms. Parker more than he was required to by the original agreement. Drayton’s recent success has prompted several other complaints from family members, including a daughter who said that he reneged on an offer to pay for her last semester in college. Karen Ross-Fortunate is the mother of three of Drayton’s other children, and has charged that he has not financially supported her children either. Drayton has seven children.

In Florida you can file for a modification of a child support obligation if there has been a significant change in circumstances or the modification is at least a 10% difference between the existing amount and the proposed amount or $25 per month. The distinction is dependent on the length of time it has been since the child support order was entered. A Florida Family Law Attorney can help you get a child support modification.

If you are having trouble collecting your child support payments, please contact our Jacksonville, Florida law firm for legal counsel.