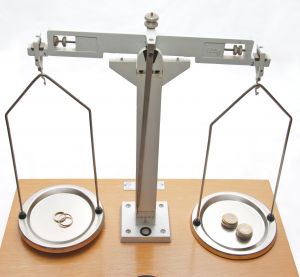 Normally in a Florida divorce, when alimony is awarded is based on the single needs of one spouse and the other spouse’s ability to pay. Generally, Florida alimony is based on a number of factors, including the length of the marriage, marital lifestyle, needs of the requesting spouse and the parties’ historical contributions to the marriage (homemaking, breadwinner, etc.). Also, alimony is normally contingent upon the requesting spouse living alone and there being provisions that allows for alimony to be modified or terminated if the spouse receiving alimony later cohabitates with someone or remarries. However, recent court decisions have made it clear that the provision allowing for modification in those situations does not automatically lead to the termination or reduction in alimony.

In some cases, alimony may be awarded in a Florida divorce even when the requesting spouse resides with someone else. In certain cases, there may not be many financial options for a spouse so his or her financial needs may be based on what his or her expenses are living with a roommate. In that situation, alimony is actually determined and calculated based on the requesting spouse’s actual financial needs for his or her portion of living expenses. For example, if Ann and Ben divorce and Ben cannot afford to rent his own place, then Ben may seek a living situation with a roommate. In that situation, Ben is still responsible for one-half the rent, utilities, cable, etc. Ben’s income may not be enough to cover even the one-half share of his new place and in the divorce he would show this to the judge. If Ben is awarded alimony based on his present needs, then that is alimony granted even though he cohabitates with someone else.

If Ann were to later try to modify or terminate alimony based on the premise that Ben is cohabitating with someone, then it is in the court’s discretion to determine if alimony should be reduced or terminated based on the facts in the case. Overton v. Overton, 34 So.3d 759 (Fla. 1st DCA 2010), 1D11-5854 .

In the example above, most likely Ben’s financial situation did not alter enough to allow Ann to reduce or have the alimony obligation terminated. The termination or reduction would require some substantial change in circumstance, and simply asking for it to be reduced or terminated because Ben lives with someone different does not necessarily impact his financial needs as established during the initial divorce.

However, if Ben had found a job paying significantly more money, then his needs may be substantially changed, thus opening the door for Ann to modify the alimony. Again, Ben’s financial needs would be determined and the court would have discretion as to whether the facts lent to Ben needing alimony to continue or whether Ann’s obligations to pay alimony, in fact, could be terminated. The question would then become whether Ben’s new financial situation provided for Ben to sustain a lifestyle on his own without a roommate. There may be a question as to whether Ben could still get alimony so that he can live on his own and not be required to have a roommate for the remainder of his life. These types of questions are those that can be answered by the court, since it is ultimately in the court’s discretion to listen to such arguments and make overall determination of whether modification or termination of alimony is correct based on the present case and facts.

You should speak with an experienced divorce attorney in your area to better understand your rights and options when dealing with a divorce or post-divorce issues.