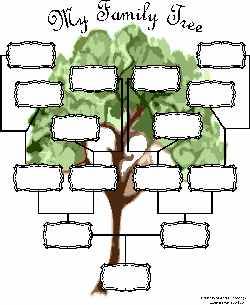 Florida custody battles are not always between two parents. Florida family law allows for a third party relative to petition the court for custody in certain circumstances where it is in the best interest of the child. There is a presumption that a parent should have the children, but there are circumstances that can lead to the court determining that the parent, at the time, does not have the ability to care for the children and find it necessary to change custody to a third party, such as grandparents. However, Florida does not recognize grandparents to have permanent rights to the child, unless the parent’s rights are terminated, but it can be on a temporary custody basis depending on the facts.

After a couple of years of unsupervised visitation, the father petitioned the court to modify the custody. The trial court determined that there was not a substantial change in circumstance, a requirement to modify custody, and ultimately ruled against the father. The father appealed and won on appeal when the court found that the custody of a child should be with the parent instead of a third party, unless the custody to the parent would be detrimental to the best interest of the child. When changing custody, the Florida Supreme Court held that the factor to consider is whether the parent is fit to care for the child and whether the change in custody would be detrimental to the best interest of the child. Richardson v. Richardson, 766 So.2d 1036 (Fla. 2000).

In determining the best interest of the child, the court must look to the impact that the change may have on the child mentally, physically and/or emotionally over a long period of time. The best way to show this to the court, since often the judge does not know or have the opportunity to know the child, is by providing the child’s counselor or a social investigator’s perspective regarding how the change will impact the child. The standard is a difficult one to definitively define, but the concept is that the court should not act in a way that is likely to cause long-term issues for the child.