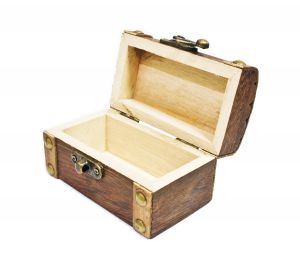 Alimony is a common issue in many Florida divorces. The award of alimony in Florida is based on a number of factors, including but not limited to: length of the marriage; contribution to the marriage; standard of living created during the marriage; the need for ongoing spousal support; and an ability to pay spousal support. Once alimony is awarded, unless the order states otherwise, it may be modified upon the occurrence of a substantial change of circumstance of one or both parties. For example, if a former spouse inherited a large sum of money, then there may be reason to modify or terminate the alimony.

In a divorce, a future expectation of an inheritance cannot be factored into the award or determination of alimony. The reason is that wills and estate beneficiaries can be changed and the court must rule based on the actual financial situation of the parties at the time the divorce occurs. So, even if the Husband believes his Wife will inherit $1 million upon the death of a relative, the inheritance cannot be factored into the spousal support need unless it has actually been paid to the Wife.

So, if after the divorce the Wife does inherit $1 million, can the alimony be modified? The answer is yes, and was recently addressed by the First District Court of Appeals in Florida in the case Wiesenfeld v. Wiesenfeld, 37 FLW D1949 (Fla. 1st DCA August 15, 2012). Here, the former wife was the beneficiary of a large of sum of money from an inheritance and the court found that her former husband could have his alimony obligation terminated because the former wife no longer needed spousal support in order to support herself.

In Florida, permanent alimony is based on a need for the permanent alimony award. In a case where a former spouse inherits large sums of money, the paying party may argue to the court that the need no longer exists. Therefore, the court has held that if such were to occur that the alimony may actually be terminated. Here, the court did find that the event of coming into money was “unanticipated,” thus finding that there did exist a substantial change in circumstance. There is a lingering question as to whether the court could still say the inheritance was “unanticipated” if the divorce order actually stated that there was a future expectation of an inheritance.

Inheritance is considered a future gift and there are arguments as to the issue of whether an expected inheritance would trump the fact that the gift was not yet made. The question is one for the courts, but it is best to understand your rights and option in a divorce. Therefore, if you are going through a divorce or a post-divorce issue, then you should speak with an experienced family law attorney in your area to better understand your rights and options.