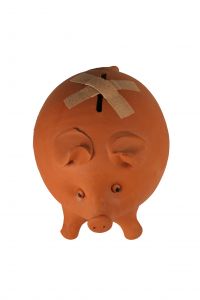 Alimony in Florida is based on a number of factors, including need for alimony and the other party’s ability to pay it. Even if these factors can be proven, there is always the questions of, “How much will I get or pay?”; “How will it get paid?”; and, “Will it get paid?” Answering these questions is not always the easiest thing for Florida divorce lawyers, including those in the Jacksonville and North Florida region because each judge has their own way of answering these questions. Without a State mandatory calculation for alimony, ultimately the decision rests with the judge if the parties cannot otherwise agree.

First, the question of qualifying for alimony. There are multiple forms of alimony in Florida, including bridge-the-gap [between married and single life]; rehabilitative; durational; permanent periodic; and lump sum. All of which have their own qualifying definitions under Florida Statute 61.08. Each are based on numerous factors, including length of the marriage, contribution to the marriage, lifestyle during the marriage, etc.
In addition, factors such as need and ability to pay are qualifying determinants.

Once the need and ability to pay are established and the type of alimony is established, the parties and/or the judge then look to see how much the alimony should be. There are many rules of thought on this, some believe it should be enough to equal out the incomes, some believe it should be enough to help the needing party with whatever deficit he or she has, and some believe that it should really put the needing party in a better position than the other party because the party with the work history has a greater ability to earn money. All of these points can be negotiated between the parties and if a settlement is not reached, then argued to the judge.

Once the amount is determined, the question of how it is going to be paid will arise. In determining this, there are multiple ways to pay alimony and all may be explored by the parties. Often, when I represent the individual responsible for paying alimony, there is a question as to whether the money can just be paid at one time instead of each month. The answer depends on multiple factors, including if the other party will accept a lump sum payment for alimony (often the offer for lump sum is less than what would be paid over time) and if the party has the money available to pay out at one time. When looking at the second factor for a moment, the paying party may look to already distributed assets, such as retirement of 401(k) plans. If the paying party has been awarded his/her 401(k) plan and it has sufficient funds for payment, then this may be a viable option for a lump sum payment. The question then is, “If I cash out a 401(k) don’t I pay taxes AND a 10% penalty?” The truth is that in a divorce, if the 401(k) is being paid out to the other party as a divorce settlement, then the 401(k) may be paid out to the needing party with ONLY tax implications. If this is how the payment for alimony will be made, then a Qualified Domestic Relations Order has to be entered by the court to tell the 401(k) financial institution how to pay out said funds. This is a nice way to deal with the lump sum, pay taxes (since alimony is income to the receiving party) and pay no penalties. However, before going down this road, it is advisable to consult with your financial adviser or financial institution. The 401(k) can also be transferred to an IRA, so the best option for you is what your needs are now and in the future.

If you are going through a divorce case, then speaking with a divorce lawyer in your area can be helpful to better understanding your rights and options.