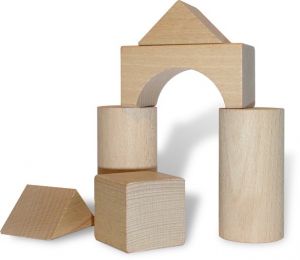 In Florida, alimony is based on a number of factors, including length of the marriage, contribution to the marriage, a party’s ability to pay alimony and the other party’s need for support. Over the years, the court has found that if the spouse receiving alimony begins to cohabit with someone, in a supportive relationship, then that could be grounds for modifying alimony. However, what happens if the ex-spouse that receives alimony is living with someone else, but that person is not assisting with the bills, can alimony be reduced because of the actual cohabitation with another?

On or about October, 3, 2012 Florida’s Third District Court of Appeals (DCA)located in the Miami-Dade area, heard a case regarding this topic and issued an opinion on whether simply living with another gives rise to modifying alimony. In Murphy v. Murphy, 3D11-1604 (Fla. 3rd DCA October 3, 2012), the paying party was asking the court to reduce or terminate the alimony obligation because the Former Wife was residing with another man. The court was asked to apply Florida’s Cohabitation Statute as it relates under family law legislation as stated § 61.14(1)(b)(2), Florida Statutes (2012).

Trial is required prior to filing for an appeal, so this case had a full trial and when the losing party did not agree with the outcome, an appeal was filed with the Third DCA. At trial, the Former Wife was shown to reside with another man. However, that relationship was not “supportive” in nature because her boyfriend was not providing financial support to the Former Wife. However, since the Former Wife was residing with someone else, the trial court found that it was a supportive relationship and reduced the alimony obligation. Former Wife then filed the appropriate action with the appellate court to ask for a review of the facts and outcome of her case.

On appeal, the court was asked to examine the cohabitation statute as it related to the facts of this specific case. Based on all aspects presented in the statute, the appellate court found that the Former Wife and her boyfriend did not meet all necessary requirements necessary to reduce the Former Husband’s alimony obligation. Therefore, the court found that Former Husband had to continue paying alimony at the full amount, despite the Former Wife’s live-in relationship. However, since the evidence also showed that Former Wife was actually helping to support her boyfriend, the appellate court pointed out that Former Husband could have asked for a reduction in alimony since Former Wife clearly was receiving enough to pay for her needs and another.

When dealing with modifying alimony or another form of support in your family law case you should speak with an experienced attorney in your area to better understand your rights and options. Also, the lesson from the above case is to make sure that your attorney is asking for any and all relief possible, including the argument that the need of the former spouse is less now than it was at the time the alimony was originally ordered.