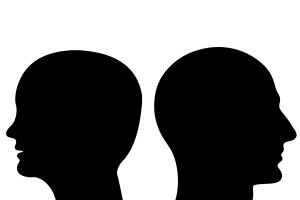 Getting an annulment in Jacksonville, Florida is possible if the marriage is void or voidable. A void marriage is one that is not legal, from the very beginning. For instance, if you are still married to someone else, then your new marriage is void. However, what happens when the “void” becomes “voidable?”
The scenario would be one where the original marriage was illegal or void at the time the “I dos” were said and then became legal along the way. This scenario would possibly unfold in a situation as follows:
Ann was married to Bob. Ann believed to have divorced Bob. Ann then marries Carl. During the marriage to Carl, Ann learns that the divorce to Bob was never finalized. Then Ann’s marriage to Carl is void. However, if during Ann’s marriage to Carl, Bob dies, then Ann’s marriage to Bob is over and the marriage between Ann and Carl is now voidable on the basis that at the time of the marriage, Ann was still married to Bob.
Basically, if this scenario were to unfold and the marriage between Ann and Carl needs to end, rather than asking the court for a divorce, Ann or Carl can ask for an annulment since they were originally in a void marriage.
One factor that can play a role is that voidable marriages are considered valid if consummated. Meaning, if upon learning that the marriage was “void” and now “voidable” and then the Ann and Carl have sexual relations, then the court may require Ann and Carl to get a divorce.
Jacksonville judges do not see a lot of annulments due to the difficulty in obtaining one. So, if you believe that you qualify for an annulment, it’s best to hire an attorney who understands the issues involved in having the court grant one.