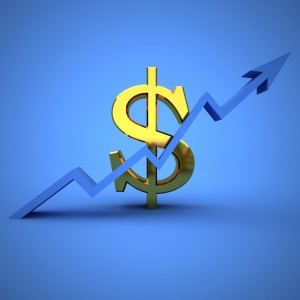 Alimony is not guaranteed in a Florida divorce. Though there are certain people that believe that simply because they are married that alimony will be awarded in a case where one party makes even just a little more than the other. The fear of filing for divorce often stems from such myths that circle throughout social networks and news. However, Florida is a little more methodical in its legal approach to an award of alimony. For example, the Florida legislature has provided guidelines to establish when alimony may be awarded in a divorce and has provided a guideline for the length of the alimony as well. Therefore, simply being married does not necessary mean you or your spouse are entitled to alimony payments, and it does not mean that if you do have an alimony case that the alimony will necessarily be forever.

Alimony in Florida is designed to provide support when the marriage meets certain criteria, in determining such, there are factors to consider such as: length of the marriage, contribution to the marriage, status quo of the marriage, education of the parties, and many other small details. Also, there is are different forms of alimony: permanent, lump sum, rehabilitative and bridge the gap.

In a two income family, when the spouses have equal or closely equivalent education and work experience, and the ability to earn relatively the same income, then chances are either spouse will be receiving nor paying alimony.

In a marriage of 20 years, when one spouse has been a homemaker, given up his/her education aspirations during the marriage, and provided support within the household as a homemaker, then permanent alimony will most likely be rewarded depending on the age of the party and ability to work. The concept of permanent alimony is not to punish a spouse, but to help maintain the same lifestyle for both spouses upon their divorce.

Most likely, alimony will not be awarded in a marriage of less than two years, though factors revolving around the marriage may lead to an award of alimony. Length of the marriage holds a great weight in determining alimony. A short-term marriage often does not have an alimony component. Bridge-the-gap” alimony may be awarded in a short-term marriage to help move the spouse from married into single life. This is for a set time period, often 6 months to a year.

Alimony is based on numerous factors and scenarios. Often one case is not the same as another and listening to what happened to a friend may be detrimental to your own divorce because you want the same result. Just like marriage, no divorce is exactly like another and factors have to be considered that match the spouses involved. Alimony is based on those factors and can assist a spouse in moving forward. However, reliance on alimony can also be a crutch that impedes one’s ability to graduate from married to single life effectively and you want to make certain that in fighting for it you are doing so out of need and not want. The want of alimony can lead to extremely high legal fees that ultimately do not justify the alimony award at the end of the day.

If you are going through a divorce, it is a good idea to speak with a lawyer about your legal rights and options and to better understand how best to proceed.